“I’m the one there not making any noise,” I sometimes tell my friends when they ask what it is that I actually do when I conduct. And I have several other deflections in my repertoire, but if pressed I will try to explain the complexities of the life of a modern conductor — musical technicalities, communication technicalities, organizational technicalities, technical technicalities… In reality, I think one can only tell one’s own conducting story with confidence, and even then it can be dodgy. This is because we really don’t know the lives of our colleagues very well.

Part of this is because conductors tend not to socialize with other conductors very much. We just don’t see each other very much unless there is a mentorship or student/teacher principal/assistant relationship. Even then, we can tell out students ‘don’t do this . .. do this . . . and omg never, ever, ever do THAT’ but the only way they actually learn is through their own actual experiences conducting. There is no sitting in an orchestra section or standing in an ensemble. There’s just one of you there, and the other ones of you are off in different places with different ensembles doing who knows what. Mentors and lineages are vital, but after they fade, unless you yourself teach, you are on your own.

An interesting result is that conductors are often merely second-hand keepers of the myths and lore of the great conducting traditions. The people who really live and work with the conductors are the orchestra players and managers and other collaborators. Working conductors get the stories of their peers not through shared experience, but through second-hand anecdotes or slightly removed study of scores and recordings. It is a wildly social and oddly solitary occupation. 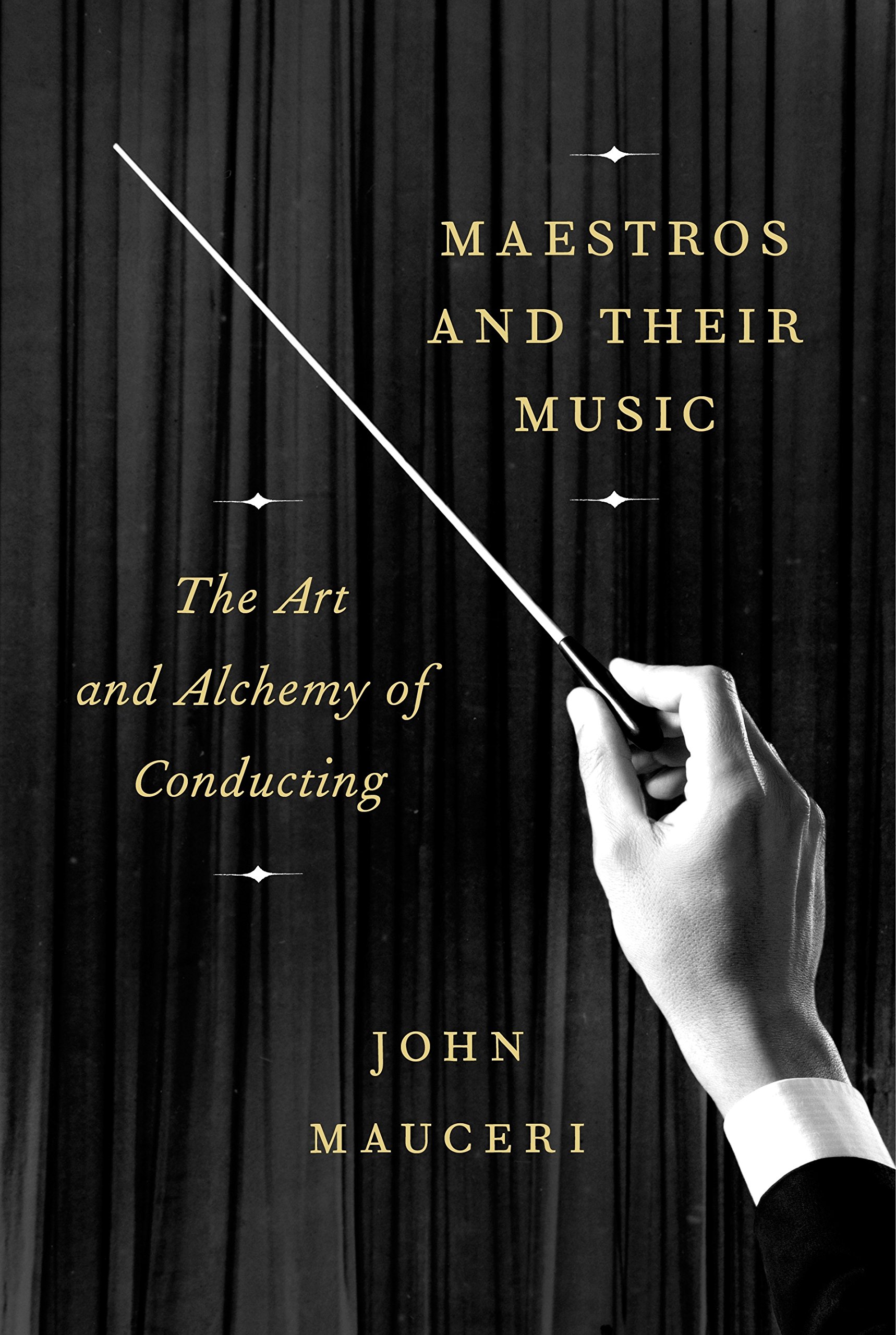 One excellent new window into this world is the recently published book by John Mauceri, Maestros’ and Their Music: The Art and Alchemy of Conducting. It is necessarily personal, and, as expected,  wonderfully full of anecdotes first and secondhand. What makes it really stand out, though, is how Mauceri organizes the pursuit of the mystery into chapters based on discreet and interesting questions such as “Who’s in Charge?” a question with many different valences each which different possible answers.

For instance, one way of thinking of an answer to that question is imagining how to conduct an orchestra piece that begins with a single solo. Do you conduct, sort of conduct, or let the soloist lead it in? Who’s in charge? (Oh, and if you say “Mahler!”, congratulations, you win the passive aggressive conductor award.) Mauceri’s anecdote about trying to convince orchestras to play the opening of Mahler 4 with the composer’s probable intention is wonderfully illuminating of the kind of dialog that goes on with ensembles over time. (Hint: it’s not this, nor is it possible to find any recording that reflects Mahler’s late score notations.)

Another deeper way to think of that question ‘Who’s in charge’ is to imagine who gets to decide what repertoire choice is (a) musically vital, (b) financially possible, (c) attractive to audiences, and (d) timed well. Mauceri outlines all sorts of surprisingly right and wrong answers to those questions, and, as we know, the answers have consequences.

In fact, that discussion reminded me of an orchestra rehearsal I observed a long time ago at Tanglewood where a young conductor suggested to the concertmaster a bowing change that seemed genuinely interesting. The concertmaster slowly shook his head and said nothing. That was an awkward silence worthy of a dysfunctional family thanksgiving table.

And that story in turn reminds me of another answer to the question ‘Who’s in charge?’, found in what is probably a very apocryphal story about Danny Kaye: late in life, Kaye began to conduct major orchestras for charity concerts. He was a wonderful, flamboyant comic, and earned the respect of the musicians, even Dimitri Mitropolous said “Here is a man who is not musically trained, who cannot even read music and he gets more out of my orchestra than I have.”

Anyway, the story has it that Danny Kaye was invited to conduct the Berlin Philharmonic, but before getting there he heard rumors that the orchestra was rebelling and that the rebellion was lead by one of the oboists who planned to sabotage the concert. At the very first concert, Kaye is alleged to have said “Herr Schmidt? Is there a Herr Schmidt here?” The player raised his hand. “Right,” Kaye said, “One peep out of you and I’ll fucking kill you” and immediately gave the upbeat for the rehearsal.

And there I go off into my own anecdotage. There are many, many stories, in the conducting world many passed down by players who knew players who say they were there. 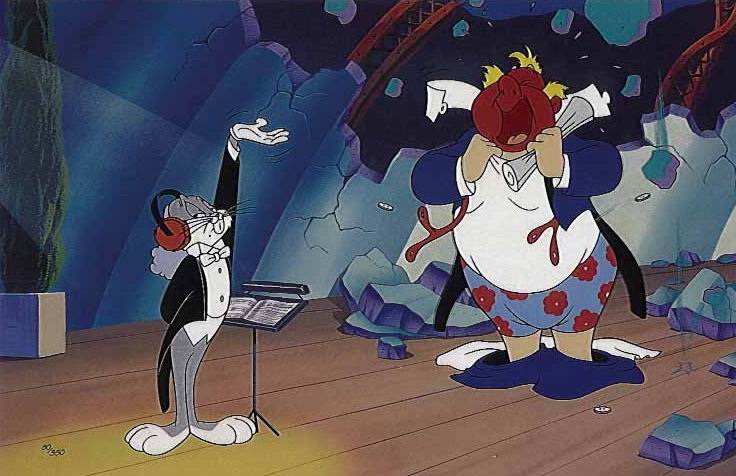 But the great strength of Maestros and Their Music is that the inevitable and entertaining anecdotes are strengthened by the thoughtful organization of the book. The whole middle of the book is based on describing the relationships a conductor must consider — relationships with the music, the musicians, the audience, the critics, the producers and donors. By stringing them into such thought-provoking categories, Mauceri combines his many anecdotes to become more than just pithy entertainment and the whole thus becomes more than an ordinary autobiography. His lively stories feed a cohesive vision of the Mystery: “Everything and its Opposite”, as Mauceri calls it.

And Mauceri certainly has the pedigree and experience to have collected a number of stories about the life of a conductor. He comes from the East Coast conducting forge complete with studies with Gustav Meier, for a time the gate-keeper of young conducting careers in America, and an apprenticeship and personal relationship with Leonard Bernstein, who more than anyone else on conducting was, well, more than anyone else in conducting. Among other things, Mauceri went on to lead the Hollywood Bowl orchestra for years and was quite a teacher as well, a vital link in the conducting heritage. With Maestros and Their Music he has elucidated that lineage in a rare book that reads wonderfully for both professionals and for amateurs.